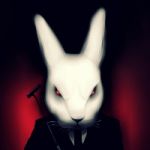 I've been a large fan of the Slasher series for a while now.

The first season caught my eye when they began using the Seven Deadly Sins as the M.O of the killer, which I thought was very cool. The second season didn't have as much of that - but out of them, I appreciated the snow related deaths that occurred. (The Visceral Snowman, The Blood Snow Angel, The Person Auger, The Snowmobile "Accident").

I hope to make the wiki as informed and accurate as possible. If you haven't seen my edits, go have a look and see what I've done. If you don't think it's accurate, then I encourage you to change it. We're all friends here!

Retrieved from "https://slasher-series.fandom.com/wiki/User:MisterEnigma?oldid=313"
Community content is available under CC-BY-SA unless otherwise noted.